Internet, I have missed you so! I am sure you have been wondering where I have been and what I have been wearing and eating, so I’m sorry for the hiatus. I was out of town last week for a work summit in Chicago, and started a new job (at the same company) when I returned, so I have been so busy I barely have time to online shop, let alone write about it.

First things first–in the past, I’d only ever been to Chicago for Lollapalooza, which is like going to California for Coachella (but significantly less cool). My trips never really gave me the opportunity to form an opinion on the actual city. This time, I got to spend four days in the city itself, leading me to the conclusion–Chicago is actually pretty awesome. If I didn’t live in New York, I would totally consider living in Chicago, (for the months of April-September). It’s super clean and crisp, the food scene is growing, fun, and (gasp!) affordable, the bars are fun and young and the people are not as ugly as one would expect Midwesterners to be, although, for the most part, they should stop shopping at The Gap and invest in some sluttier shoes. Also, the Walgreens sells more alcohol than the biggest liquor store I have ever seen in Manhattan, and, probably due in part to the fact that you can just pick up a bottle of Jameson with your birth control, people are ridiculously friendly. True story, I made an actual girlfriend in line at Walgreens (picking up Jameson and birth control. Her, not me). We exchanged numbers and I learned 12 unanswered phone calls later that she is actually a Mary Kay rep who wants me to work for her, but I did get an airplane bottle of Kahlua out of the experience, so win-win.

Anyhow, other than a great work conference, Chicago highlights included:

[Barre Bee Fit classes on the roof of our gorgeous hotel, The Palomar] 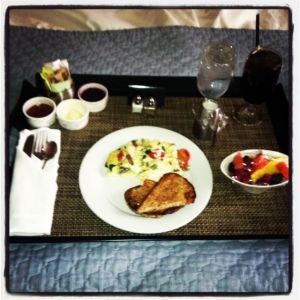 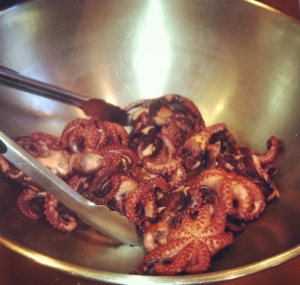 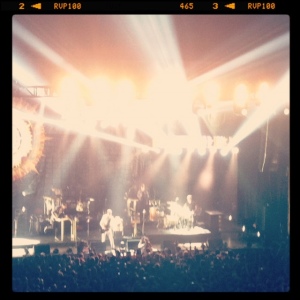 [Foster The People at the Congress Theater]