As the great, late, Regina George once asked when starting a new diet: Is butter a carb?

No, Rachel-McAdams-in-one-of-your-only-non-irritating film roles ever, no it is not. It is, however, a fat, which for our purposes is…even better.

In the weekly “Is Butter A Carb?” series, we will be exploring carbs, fats, and more consumed by yours truly. First Up: Co-op Food and Drink, on the Lower East Side. I’d been wanting to try Co-Op for several reasons, namely:

1. It is the brainchild of Chef John Keller (Le Bernadin , Nobu) and sushi Chef Stephen Wong (Sushi of Gari, Megu).

2. It is in my new favorite neighborhood, the Lower East Side.

3. It features really trendy decor (see below) and I’ve been craving a reality TV starlet sighting. 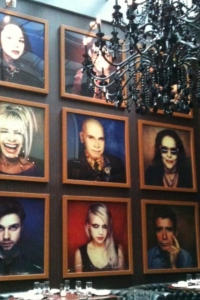 Last Wednesday, 2 girlfriends and I made the trek to the LES for a much-needed girls night out. Co-op had a table ready for us upon arrival and was even cool with letting two of us sit while we waited for our third, although their policy is to not seat incomplete parties. As we waited, we were given complimentary truffle butter popcorn, which, since my dining companion had just had a wisdom tooth extracted, I happily demolished in 45 seconds. The waitress gave me a confused/moderately disgusted sideways glance but brought more with no question. Five points for Co-Op. We ordered a reasonably priced bottle of wine and on the host’s recommendation, five plates to share: Mini Ceviche Tacos, the Co-Op roll (spicy tuna and rock shrimp tempura), a Tuna Tuna Yuzu roll, Peking Duck Steamed Buns and Lower East Sliders (cute).

The Bad:
The Consensus:
Co-Op is great for dinner or drinks with the girls, and an awesome place to celebrate a special occasion or grab a cocktail before dinner. Do not take a full-sized man there.