This Sunday was the 50th anniversary of the Beatles’ first televised appearance in America, and while the rest of the country celebrated via what was apparently  a spectacle of a CBS tribute (I would rather never hear the Beatles music again than have to listen to Imagine Dragon attempt to pay tribute to the Beatles), I celebrated by playing dress up with my friends and using timeless, classic song lyrics for a cheesy blog post title. To each, their own.

I am lucky enough to live in the same city as some of my best girlfriends from college, and on a cold Sunday, I find that there’s absolutely no better activity than to plop down on the bed of one’s former roommate, put on a chick flick (Afternoon Delight, which I highly recommend, if only for the fact that one gets to see Ted’s O Face), and raid her closet. The tan jacket in this post belongs to said roommate, and being that we formerly shared a 10×10 cinder block with twin beds that we could hold hands from, I felt perfectly comfortable borrowing this one-of-a-kind, silk and cashmere Teresa Crowninshield creation that she had scooped up from the fabulous designer herself at the American Craft Fair. In very strong contrast, these amazing cat-eye sunglasses belong to another highly fashionable friend, who has a knack for appearing to have just stepped off the runway whether she’s clad in Proenza Schouler or Forever 21. I’ll make you wait until after the jump to guess the designer behind these shades, but will leave you with the clue that I would rather listen to Imagine Dragons singing the Beatles forever and ever on loop than tune into said designer’s television program. 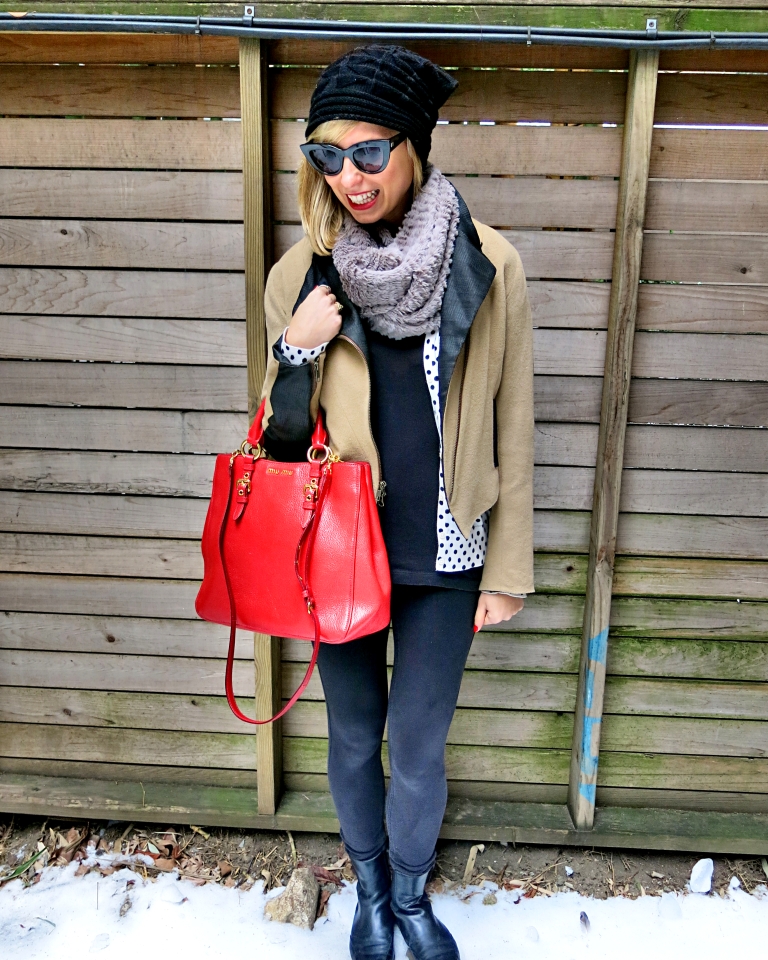